Fans who know Jason Falkner best for his ironic songwriting and jagged-edge productions may be surprised to hear Bedtime With the Beatles. This lullaby album, subtitled "Instrumental Versions of Classic Beatles Songs," is exactly what it says it is: a collection of the quietest, most calming versions of Beatles classics most listeners have ever heard. There's no irony at work here, no wink of the eye, just Falkner performing -- at a painstakingly slow pace -- a set of Lennon/McCartney evergreens, obviously focused away from the early days of Fab Four frenzy and toward the post-1965 balladry of Rubber Soul, Revolver, The Beatles, and Let It Be. The instrumentation is either solo guitar or layers of keyboards, usually including solo piano, plus the gauzy tones of synths, a complete string section, or an appropriately childlike electric piano. Though relying on a minimalist aesthetic must have posed a large challenge for Falkner (he's made no secret of his fondness for the wall-of-sound approach), he displays a clear talent for simplistic performance. He highlights the melodies, but also brings into sharp focus the many and varied harmonies of these Beatles songs. "I'm Only Sleeping" is the most natural choice here, though "The Long and Winding Road," "Across the Universe," and the opener "Blackbird" are all beautiful songs given lovely performances. It's difficult to escape the impression that without Falkner's name attached to the project, his fans would loathe this album, but Bedtime with the Beatles is a surprising success. 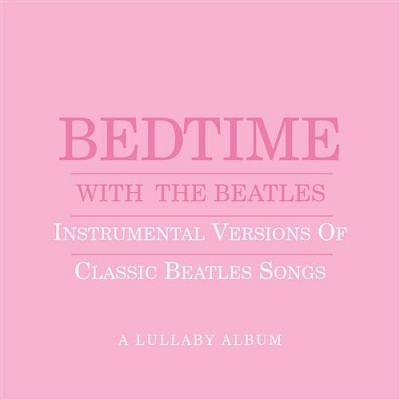