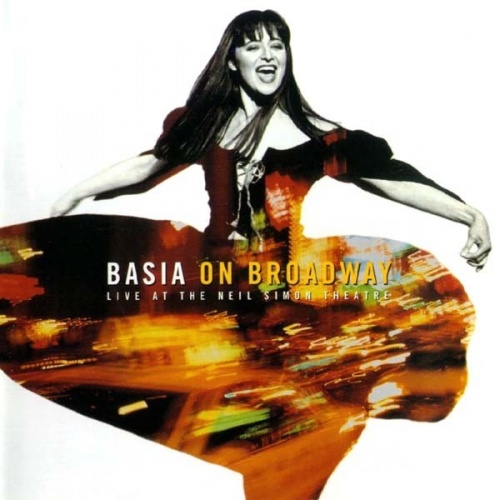 Polish-born vocalist Basia Trzetrzelewska has achieved considerable success since emerging in 1987 with the platinum selling album Time and Tide. Basia recorded two more successful albums of light jazz-pop (London Warsaw New York, The Sweetest Illusion) before releasing the live album Basia on Broadway in 1995. Recorded over two nights at the Neil Simon Theatre in November, 1994, Basia on Broadway is not only a wildly entertaining record of the artist's energetic live presence, but also a solid overview of her best-known work. Basia, much like Sade and Swing Out Sister, specializes in an engaging mix of jazz and pop. Before embarking on a solo career, Basia had a brief stint in the band Matt Bianco with musician Danny White. White has been Basia's "silent partner" ever since, co-writing and producing her material as well as playing keyboards. The two receive fine support on this album by jazz guitarist Peter White (Danny's brother), drummer Richard Bailey and Chris De Margary, who contributes stellar saxophone work to "From Now On." Basia herself is in fine voice throughout, on both the up-tempo material (the hit "Cruising for Bruising" and the Latin-tinged "Third Time Lucky" are especially good) and ballads such as "Time And Tide" and "Yearning." Fans of Basia's first three studio albums won't be disappointed, but may find Basia on Broadway redundant. The live renditions are quite faithful to the studio versions, and the album only contains one new track ("Dzien Sie Budzi," sung in Polish.) However, one song from Basia's Matt Bianco days, "Half a Minute," is also included. Despite the lack of new material, Basia on Broadway is a must for Basia fans, and is a nice introduction of her work to the casual listener.