Preceding Breezin', his crossover smash for Warner in 1976, Bad Benson shows the guitarist still hanging on to his Wes Montgomery roots in places while stretching his soul-jazz persona into even funkier arenas. CTI had a formula for making funky, accessible jazz and fusion records that in 1974 still held true. Arranged by Don Sebesky, Bad Benson is a collection of delicious, varied, and sometimes confusing choices. Benson's own playing is precise and smooth as always, and guitarist Phil Upchurch keeps a large color palette for him to draw from, as in the funkified version of "Take Five." Other notables are the stellar "My Latin Brother," which begins as a Debussy-ian impressionistic string study before becoming a heavily arpeggiated variation on the samba. Kenny Barron's pianism here is the driving force behind a rhythm section that also includes drummer Steve Gadd and bassist Ron Carter. They give Benson a harmonic floor for one of the most inspiring solos of his career. These intensely meaty cuts -- along with Upchurch's stellar swinging in the pocket groover "Full Compass" -- are juxtaposed against ballads such as "Summer Wishes, Winter Dreams" and "The Changing World," a pair of ballads that ape Montgomery's later snore-fest session for A&M. Not a great album, but a very, very good one. [Some reissues include three bonus tracks from the session: a hip and syncopated read of "Take the 'A' Train" (with truly surreal and shimmering colors courtesy of Sebesky's string section) and the amazingly driving, greasy funk of "Serbian Blue," as well as a simply beautiful -- and brief -- solo from Benson called "From Now On."] 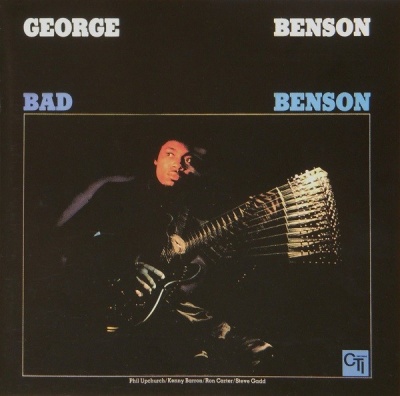