Back Up Train Review

Nearly forgotten by all but serious soul fans, Back Up Train is Al Green's debut. Released in 1967, when he was still billed as "Al Greene" and before he worked with producer Willie Mitchell, the record is a perfectly serviceable slice of slightly sweet period soul -- perhaps a little generic, but never less than pleasant. Much of the record was either written or co-written by the album's producers, Palmer E. James and Curtis Rodgers, who were not just part of Hot Line Records, but in the Creations, Green's previous backing band. Though they're fine as producers, they didn't have strong material as songwriters, never producing something as limber and memorable as Green's lone songwriting credit, "Stop and Check Myself." Musically, this number, along with a few other cuts, suggest the tight, sexy sound of his seminal Hi albums, but they're nowhere near as seductive as those slow grooves, nor are they as effortless. Still, it's possible to hear their roots throughout the record. Green's voice, while not as smooth as it would be just a few years later, shows enormous talent, he's equally comfortable with ballads and funky workouts, and the production, while dated, is quite appealing in how it falls somewhere between the grit of Memphis and the sweetness of Chicago soul. Back Up Train is good enough that if Green hadn't gone on to greater work, this would be the kind of record soul fanatics would treasure and trade, speculating on what might have happened if Green had been given another shot. Of course, Green went on to bigger, better things, and this stands as no more than a footnote to his career, but it's an interesting, enjoyable footnote all the same. 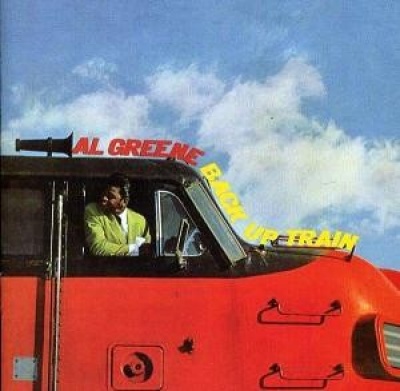 Back Up Train Album Information