Back to Then Review

The rocky road Hootie & the Blowfish lead singer Darius Rucker took to the release of his first solo album, Back to Then, may have its origin in his band's declining fortunes after the spectacular success of its major-label debut, Cracked Rear View, in the mid-'90s. Follow-ups Fairweather Johnson and Musical Chairs traced a downward sales pattern, and by 2001 Atlantic Records may have been looking to Rucker to reignite his career as a pop/rock singer with his solo debut. But when executives heard an early version of it, they reacted by handing it back to him and letting him negotiate with other labels. Neo-soul boutique label Hidden Beach, whose signee Jill Scott has a duet with Rucker on the record, was a logical home instead, and, slightly retooled, Back to Then comes across as an appropriate addition to the company's pop-soul catalog. Working with various urban musician/producers, Rucker has constructed his own version of a neo-soul album, touching upon elements of gritty soul and gospel but filtering them through his pop/rock sensibility. The result may be as commercially dicey as Atlantic feared: The album may be rejected by both the urban audience at whom it is aimed and by the pop/rock fans Rucker found with Hootie. As urban goes, it may be considered too clean and well-articulated, while its light funk and programming do not provide the surface pleasures of rock. But Rucker remains an expressive singer, and that is the key to the disc's appeal. Whether he is proclaiming his faith in God ("Somewhere") or pleading for romantic fulfillment ("One More Night"), he displays a contemporary soulfulness that compels the listener. Back to Then is not an ideal showcase for that voice, but it is a good one, and it may earn the singer a whole new audience. 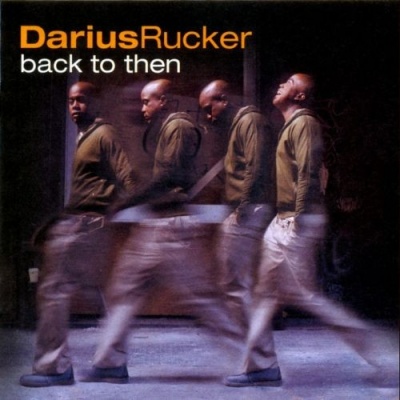 Back to Then Album Information