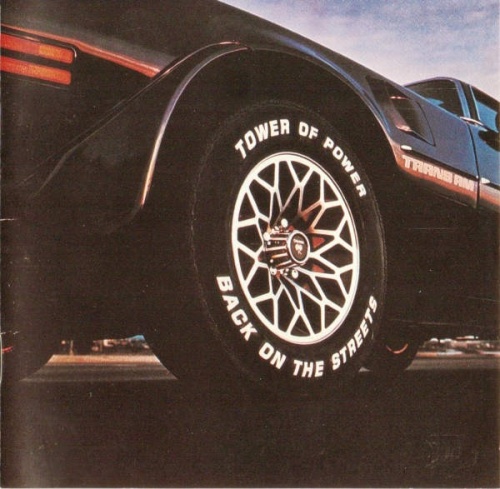 Their last LP for Columbia, 1979's Back on the Streets, found Tower of Power once again a disappointment to their fans. After two albums of desultory balladeering, the band still refused to return to their blistering funk roots, choosing instead what they hoped would be a more commercially viable wade into the oceans of disco. It didn't work. With a slick production that's so predictable it's horizontally boring, Tower of Power limped into the R&B charts with the mini-hit "Rock Baby" in August. And it really doesn't get any better from there. Across a batch of mediocre and uneven disco numbers, replete with strings and "sexy" backing vocalists, the band wandered across the absolutely MOR ballad "Heaven Must Have Made You" and the "Chuck E.'s in Love"-esque "And You Know It." It's only when they reach "Nowhere to Run" and the more funk-fueled "Something Calls Me" and "Just Make a Move (And Be Yourself)" that they show any glimmers of their earlier, powerful prowess. Ultimately, crippled by the rotating roster of players, producers, and hangers-on, Tower of Power just doesn't pull through -- at all. Back on the Streets put the band straight on the back burner, where, at the time, most people felt they belonged.