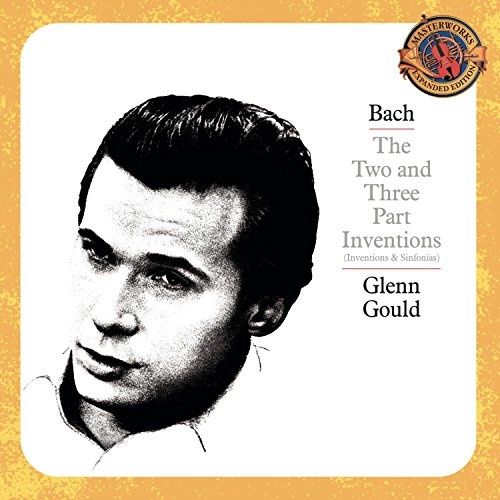 Sony has re-packaged Glenn Gould's complete Two-Part Inventions and Sinfonias (Three-Part Inventions), "expanding" the original release by adding the English Suite No. 1. His approach to all of these is to perform them as if he were playing a harpsichord. He adds only minimal amounts of shading and rubato, compared to other piano performances of Bach. For those who do not like Gould's Bach recordings, what they mostly object to in this instance are the tempos he uses. Many of the inventions, such as Sinfonia No. 6 and Invention No. 13, are faster than most pianists play them. These instances outnumber those at the opposite extreme, such as Sinfonia No. 11, which is much slower than "normal." Other than general introductions to the sets, Bach left no specific performance notes for these, so who's to say what is a correct speed for any of them? Setting aside the humming along (which isn't as audible here as on some of his other recordings), what appeals in his playing is the comfortable confidence of it. Obviously he has given thought to how he wants these pieces to sound, but whereas one can almost hear that thinking process in other pianists' performances, Gould sounds as if he just sits down and plays as he pleases. The simple lines of the English Suite No. 1 make it a good fit with the inventions. Gould plays it with refinement and brings out the dance aspects of the movements. Despite what people think about the correctness or appropriateness of Gould's interpretations, it is his assuredness in them that is worth hearing.