Fusions of the music of J.S. Bach with contemporary popular and vernacular-based traditions comes in many flavors; even bluegrass mandolinist Chris Thile is reportedly set to release a Bach album. This one, by Estonian conductor Kristjan Järvi and his Absolute Ensemble, is both more fearless and better than most. The Absolute Ensemble is a young group whose members are encouraged to explore classical music with improvisatory freedom, with classical musicians exploring jazz and vice versa. "To be, this would be a dream come true. It's as if the Palestinians and the Israelis would agree to a lasting peace," Järvi says. The album represents a cross-section of works performed by the group, with just a few short actual Bach pieces by pianist Simone Dinnerstein to set the mood and the frame of reference. Two of them would indeed fall under the jazz rubric: saxophonist Daniel Schnyder's toopART Reinventions and Tom Trapp's brash Headless Snowman. Perhaps the most intriguing work, however, is Gene Pritsker's Reinventions (Piano Concerto), and this one is harder to classify. It includes elements of hip-hop (probably a first for the Bach fusion field, but with many new avenues suggested by the composer in his role as digital DJ), tango, and various Middle Eastern and Asian traditions, all with excerpts from Bach's Clavierbüchlein dropping in and out. This ebullient work is absolutely packed with new ideas, perhaps too much so, but it is most emphatically not boring, and just when you think all the rabbits have been pulled out of the hat, a spectral Bach voice appears in the final movement. Sony Classical deserves kudos for taking a chance on this highly adventurous project, which may well draw younger listeners to the short Bach keyboard works that have been an entry point to classical music for so many people over three centuries. 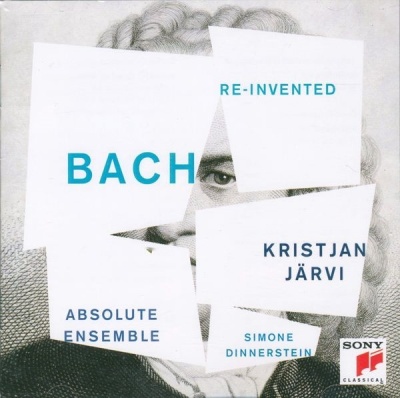