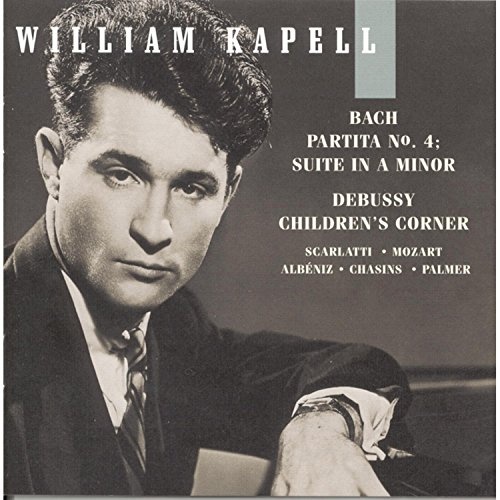 There aren't many pianists who get to have a complete set of everything they ever recorded released by RCA. Horowitz, Rachmaninov, Rubinstein, and Kapell are the only ones. And the kicker is, Kapell recorded very, very little because his life was so very, very short. But so great is Kapell's reputation that every scrap he ever recorded is considered worth releasing on RCA's Kapell Edition. Most of what's on volume six certainly is. No lover of great piano playing could be anything other than grateful for the release of Kapell's crystalline recording of Bach's Partita in D major, one of the most serene and seraphic recordings ever made. And few lovers of great piano playing could be anything but disappointed that there is only one magnificently sculpted movement of Kapell's performance of Mozart's Sonata in B flat, K. 570, and one evocative movement of Albéniz's Iberia. But many lovers of great piano playing will be disappointed that Kapell wasted his precious time performing such lightweight works as Abram Chasins' Piano Playtime and such bravura balderdash as Robert Palmer's faux-Prokofiev Toccata ostinato. And perhaps only a few could object to Kapell's playing of Debussy's Children's Corner Suite, but honestly, Kapell's performance is unbearably cold and unfeeling. It's too fast, too charmless, too hard, too sharp, and far too humorless. But even those few would concede that Kapell's playing is certain to thrill lovers of great piano playing.