At the beginning of the '90s, teen currency shifted from bubblegum'n'Tiger Beat to grunge'n'Maximum Rock & Roll. Although it may have been pushed from the spotlight, teen pop hadn't died -- it, in a way, went underground, spending time on the fringes of pop culture. One of the leading lights of the exiled teen brigade was The New Mickey Mouse Club. For several years, it toiled away on the Disney Network, earning a small fan base -- but, more importantly, providing a launchpad for several careers, including that of Britney Spears. Like her fellow NMMC alumni *N Sync, Spears shot to stardom in the late '90s, just as she was on the verge of late adolescence. By that time, everything old was new again. Albums like her debut, ...Baby One More Time, were topping the charts as if they were Hangin' Tough, which is only appropriate since it sounded as if it could have been cut in 1989, not 1999. ...Baby One More Time has the same blend of infectious, rap-inflected dance-pop and smooth balladry that propelled the New Kids and Debbie Gibson, due to the Backstreet Boys' producer, Max Martin, who is also the mastermind behind Spears' debut. He has a knack for catchy hooks, endearing melodies, and engaging Euro-dance rhythms, all of which are best heard on the hits: the ingenious title track, "Sometimes," "(You Drive Me) Crazy," and the utterly delightful, bubblegum-ragga album track "Soda Pop." Like many teen pop albums, ...Baby One More Time has its share of well-crafted filler, but the singles, combined with Britney's burgeoning charisma, make this a pretty great piece of fluff. 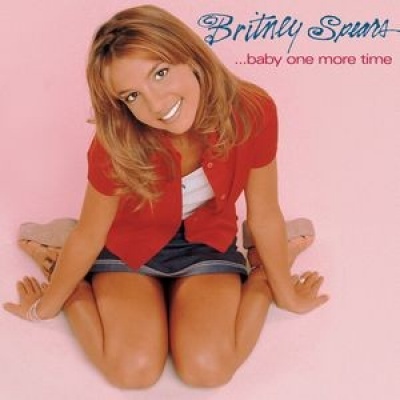