At long last a U.S. Boney M collection has been issued, featuring all 16 of the quartet's biggest U.K. hits (including all of their U.K. Top 40 hits and their four charted U.S. hits). The group scored a massive run of hits in Europe, but in the U.S. only "Rivers of Babylon," based on Psalms 137:1 and featuring the oldest lyric on a charted record (according to Joel Whitburn's Top Pop Singles book), managed to crack the American Top 40. Highlights include the disco hit "Ma Baker," the bizarre but infectious "Rasputin" (a dance song about, of all things, the mysterious Russian monk), the "Fernando"-ish "El Lute," their version of "No Woman No Cry," and the song they will probably be best remembered for, "Mary's Boy Child/Oh My Lord," one of the U.K.'s biggest-selling singles ever (along with "Rivers of Babylon.") Unfortunately, this album features nothing as far as liner notes are concerned, and only one picture of the group, rendering them as somewhat anonymous entities behind Frank Farian's production machine, best (and notoriously) remembered as the force behind Milli Vanilli. By no means complete, this collection provides a good introduction to Boney M for American audiences, especially those who enjoy 1970s dance music, Europop, and ABBA. Finally, the collection ends with a decent 2001 remix of "Daddy Cool" and a "Mega Mix," although this reviewer would have preferred other singles, such as "Bahama Mama" or "I See a Boat on the River." 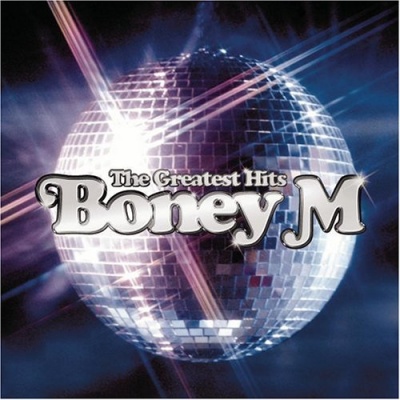