The straightforwardly named Austin Powers Scores, Baby! collects the highlights from the scores to Austin Powers and Austin Powers: The Spy Who Shagged Me. Tracks such as "Cartage," "Evil Plot," and "Danger March" are caricatures of the dramatic style of '60s spy film composers such as Lalo Schifrin, while "Vanessa's Theme" and other soft, romantic pieces capture the decade's penchant for lush, symphonic arrangements. Latin and lounge-inspired compositions like "The Shagga-Nova" update the cartoonish, space age bachelor pad feel of many '60s pop instrumentals; Austin's unofficial theme song, "Soul Bossa Nova" by Quincy Jones, defines the style (and is also included here). Musically and thematically, there isn't much difference between the tracks from Austin Powers and The Spy Who Shagged Me, so this collection of the scores' best moments makes perfect sense for fans of the films as well as soundtrack aficionados. 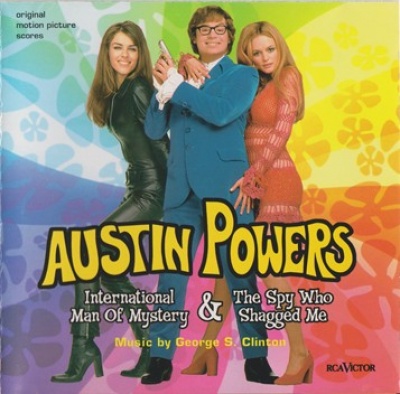