Astoria: Portrait of the Artist Review

Like The Art of Excellence, the album that marked Tony Bennett's return to recording in 1986, Astoria: Portrait of the Artist was a non-thematic collection of new and old songs on which Bennett was backed both by his regular trio, led by pianist Ralph Sharon, and the U.K. Orchestra. Bennett's new songwriting discovery was Charles DeForest, three of whose songs -- "When Do the Bells Ring for Me," "Where Do You Go from Love," and "I've Come Home Again" -- were included, along with songs by the Gershwins and Jerome Kern, standards like "Body and Soul," and even a re-recording of Bennett's initial Columbia recording, "The Boulevard of Broken Dreams." That recording had come in 1950, and the point of Astoria (which featured a cover photo of the young Bennett in the old neighborhood, with Bennett today standing in the same spot on the back) was to celebrate that 40-year anniversary while looking into both the past and the future, a task it accomplished admirably. 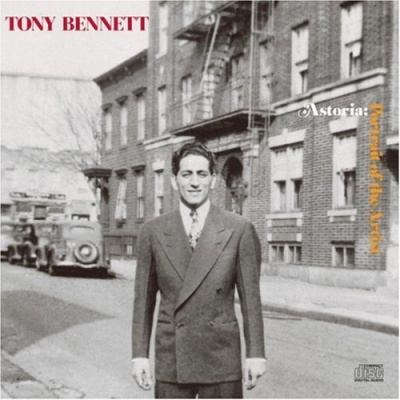