As I Am Review

By now established as a major and talented force in the mainstream music world, Alicia Keys has perhaps earned the right to explore a little, to venture into new genres while still keeping a foot firmly planted in the R&B/neo-soul she grew out of. On her third full-length, As I Am, Keys takes a step closer toward the soul revival popularized by John Legend, with full-band arrangements and bright horn hooks, only occasionally falling back into the piano/melisma combination that drove the singles off her first two albums. Instead, here, as evidenced in "No One" -- which sounds all too ready to take on a "reggae dance mix" -- the guitar-driven "I Need You," "Wreckless Love," or "Where Do We Go from Here," which pays tribute to both Stax and Motown ("All I can do/Is follow the tracks of my tears," she sings, after a sample of Wendy Rene's "After Laughter [Comes Tears]" crackles through the first few bars), this is music that owes as much to pop as it does R&B, highlighted no less by the fact that the queen of radio rock herself, Linda Perry, co-writes three of the songs with Keys, including the straight-from-the-Stripped-sessions "The Thing About Love" and "Superwoman." It is on the latter, in fact, that Keys, unsurprisingly, turns furthest away from the style that brought her initial success (more so even than on the John Mayer collabo, "Lesson Learned," which is actually not bad) toward the generic-pop world, sliding in between corny and sincere, sometimes even in the same breath. "When I'm breaking down/And I can't be found/...'Cause no one knows/Me underneath these clothes/But I can fly/We can fly," she sings in the bridge, flatly. Keys has never been a brilliant lyricist, but she's always been able to write simple yet affective and honest words that don't seem trite, something that is forgotten here, and makes the track one of the weakest on the album. Fortunately, this doesn't happen too often, and as As I Am weaves its way through the drums and various keyboards and vocal harmonies that make up the backbone of her work here, punctuated by the great, hooky melodies and strings, you get the impression that this is in fact the sign of an artist who's not content to only follow the path that's brought her previous acclaim, an artist who's looking to find more, both about herself and her music, and an artist who carries these developments, these insights, with her. And so even though As I Am is a flawed work -- a little too poppy, a little too clichéd -- it is also indicative of what Keys can and will do, and that she is someone, thanks to her curiosity, intelligence, and natural talent, who will be able to mature and grow for years to come. 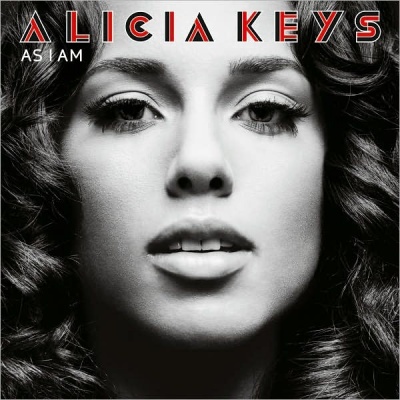 As I Am Album Information