As Good as It Gets Review

The soundtrack to James L. Brooks' edgy romantic comedy As Good as It Gets mainly consists of Hans Zimmer's lightly swinging, occasionally melodramatic score. Zimmer's fine score is balanced by five pop songs: Nat King Cole's "For Sentimental Reasons," Danielle Brisebois' "Everything My Heart Desires," Shawn Colvin's "Climb On (A Back That's Strong)," Judith Owen's "Hand on My Heart," and Art Garfunkel's bizarre interpretation of Monty Python's "Always Look on the Bright Side of Life." Of these five, only "For Sentimental Reasons" plays a major part in the film, but the other four help recapture the spirit of the film. It's likely that anyone who wasn't a major fan of the film won't be particularly captivated by the soundtrack, but it's a nice souvenir for fans. 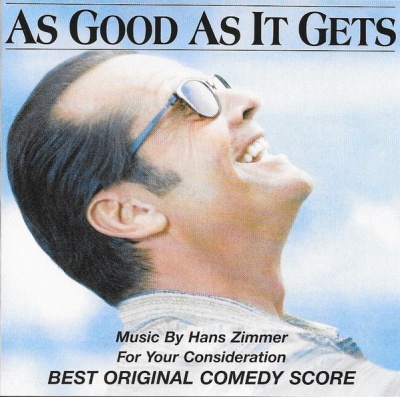 As Good as It Gets Album Information