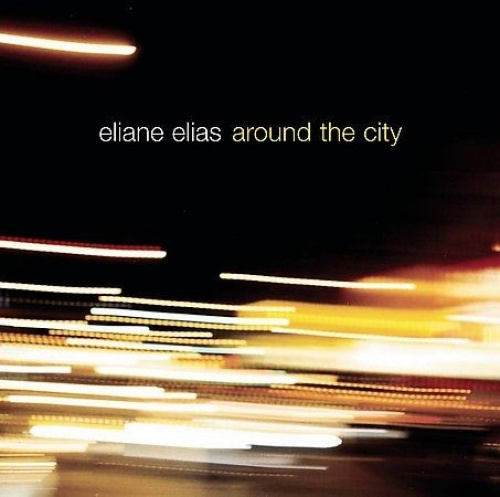 Eliane Elias has moved further and further into mainstream pop in recent years, and Around the City continues that course. Having begun as a member of the jazz ensemble Steps Ahead, she ventured tentatively into solo recordings in the late '80s, maintaining her solid commitment to jazz while never failing to bridge her adventurous tendencies with the Brazilian traditions that were her birthright. On recent albums she's been redefining herself, shifting from a role as a strictly instrumental musician to building a rep as a vocalist who (singing in both English and Portuguese) accompanies herself on piano and occasionally lets loose with a startling, stunning solo. Jazz and Brazil still figure largely into the makeup of her music ("Slide Show," "Chiclete Com Banana"), but sometimes just barely. Elias radically reinterprets Bob Marley's "Jammin'" as a nearly unrecognizable dance tune here, but she reclaims Beck's "Tropicalia" for Brazil -- a natural for Elias to cover, her take is faithful to the original's structure and brings to it a samba touch that Beck could only approximate. Her cover of Tito Puente's (by way of Santana) "Oye Como Va," on the other hand, sticks to the blueprint. Elias is writing more these days, too, to mixed results. "We're So Good," co-penned with co-producer Lester Mendez and songwriter Lauren Christy, sits firmly in Norah Jones territory, waiting for radio to discover it, while the album's two closing numbers, "Another Day" and "Segredos (Secrets), Pt. 2," both written by Elias solo, exude a melancholy bluesiness that confirms her growing talent as a cabaret-style singer/songwriter while leaving the listener with another hint that this artist is undergoing a continuing transformation.