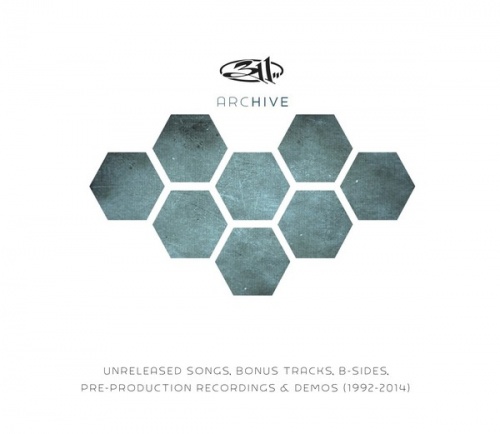 Celebrating their 25th anniversary in style, 311 dig into their vaults for the box set Archive -- four discs of B-sides, non-LP tracks, demos, and unreleased songs. It goes without saying that this is one for the fans -- specifically fans of the dedicated sort, of which there are many, as evidenced by the band's decision to initially sell bundles of the box at Pledgemusic. The version that hit standard retail, both physical and digital, is divided into four parts: a disc of B-sides and bonus tracks, a disc of outtakes, a disc of largely "pre-production" recordings, and a disc of demos. Usually, these rarities fall into a couple of different eras: there are a lot of recordings surrounding 1997's Transistor, a fair amount from the early 2000s, and a bunch from around 2005. Some fans might find all the early demos the most interesting here. They arrive early on the third CD, some dating all the way back to 1992, and they make it apparent that the band's blend of reggae, punk, hip-hop, and rock was present even at the start. Some of it's pretty rough -- the pre-production of "Come Original" stumbles upon its heavy guitars and skeletal beats -- but it's interesting and, elsewhere, there are enough strong stray songs and larks to make this worth the time of serious fans.