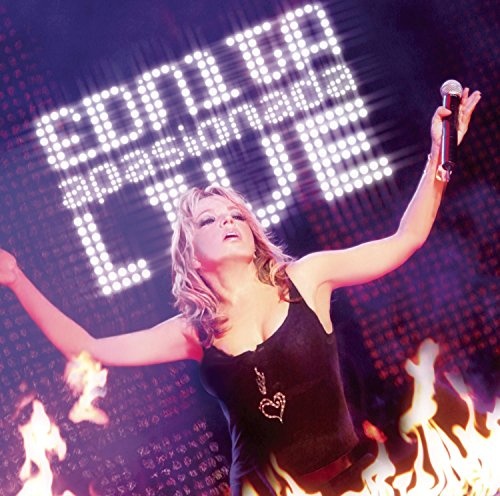 Ednita Nazario has been around the block a few times. Having made waves in the music world while most of her pop music contemporaries were still in grade school, Nazario knows the difference between pop fluff and the real thing. Having released not one album in her nearly 20 years as an active recording artist that didn't show up on Billboard, Nazario is in the envied position of being able to do more or less exactly what she wants. Unfortunately, in the case of Apasionada Live, that means that she can get away with releasing a truly substandard disc, knowing that it will sell off the shelves all the same. The live sound production on Apasionada is truly among the worst on the market, sounding more like a live-in-concert album from the early '80s than the big-budget production that it should have been. The sound is muddy and lifeless. Nazario herself sounds somewhat unenthusiastic. The playlist on this two-disc set includes some of her bigger hits from years gone by, as well as material from her 2006 studio album Apasionada. At a stage in her career when many might be wondering about realistic longevity and staying power, Apasionada Live did not do Nazario any big favors.