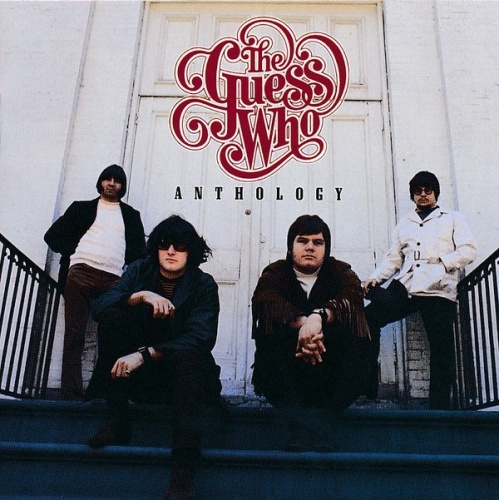 This double set replaces both previously released RCA multi-disc overviews of Guess Who hits. As of its appearance in late 2003, both the flawed triple-CD 56-track The Ultimate Collection and 1988's excellent Track Record compilations were out of print. This release tries, and generally succeeds, as a comprehensive overview of the band's glory years. In fact, it's the only one to kick off with two pre-Burton Cummings nuggets: 1964's "Shakin' All Over" and a rare 1966 garage rocking psychedelic single, "It's My Pride." Collectors will also appreciate an early 1968 version of "When Friends Fall Out," a song re-recorded three years later for the American Woman album. From there on, this is a sturdy if unremarkable collection of fairly obvious selections, some of them, such as "Heartbroken Bopper," "Glamour Boy," and "Hang On to Your Life," reproduced in difficult to find single mixes. Of minor note, "Smoke Big Factory" from the underrated Rockin' makes its first appearance on a hits album, as do the Winter/Wallace co-penned "Cardboard Empire" from #10 and "Samantha's Living Room," an excellent cut written and sung by Don McDougal and culled from the terrific Artificial Paradise. Audio remastering, track annotation (with detailed recording dates, a helpful addition), and liner notes are all up to industry standards, something that could not be said of the muddled The Ultimate Collection. That leaves the 39- cut Anthology as an excellent introduction to the band for those who want to dig deeper than the many interchangeable single "best-of" discs that glut the market.