Just when it seemed 2009’s trash-brat electro scene (3OH!3, LMFAO, Shwayze) was about crumble under its own weight, rapper/singer/songwriter Ke$ha became the genre’s biggest star, graduating from being Flo Rida’s backup singer (she provided the hook on the rapper’s massive single “Right Round”) to superstar when her debut single, “TiK ToK,” set a digital sales record with over 600,000 downloads in a week. Her climb to the top includes bizarre factoids like she once lived in the house where the Eagles recorded Hotel California, plus she once vomited in Paris Hilton’s closet. Working on Hilton's album was the reason she was at the house, so it’s hard not to appreciate how Animal makes Ke$ha sound nothing like an industry vet who used to write for the Veronicas. Here, she’s a gum-snapping, alcohol-abusing Facebook jockey straight out of the suburbs who spits sophomoric but fun putdowns, come-ons, and sig files all over electro beats. Opening with “Maybe I need some rehab/Or maybe just need some sleep,” Animal is upfront about its unwillingness to face the real world, and prefers a garbage chic reality with a liberal shot of the ‘80s. “Party at a Rich Dude’s House” could have fallen off the Fast Times at Ridgemont High soundtrack, while the word “gross” makes a serious comeback throughout the album. The music is heavy on gimmicks -- Auto-Tune, vocoders, and silly samples are all here in abundance -- while able folks like Dr. Luke plus Mim and Liv Nervo are in charge of the colorful electro-pop productions. As far as subversion goes, “Boots and Boys” presents the lusty, “Suicide Blond”-type track from a rare female point of view, but a couple of unexpected and completely unsatisfying ballads are the type of fluff anyone with an edge would avoid. Snooty taste makers and parents should avoid Animal at all costs, but with so many fun, “TiK ToK”-type tracks, the album has plenty for both brats and the bratty at heart. 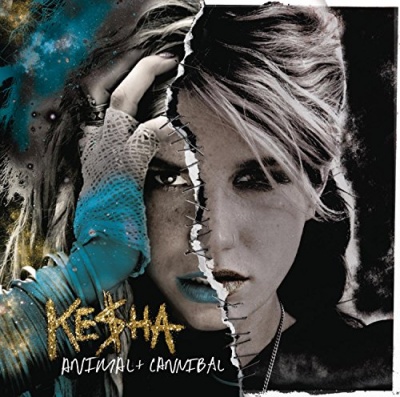