After the production duo of Fred Mollin and Matthew McCauley hit big in 1977 with Dan Hill's timeless smash "Sometimes When We Touch," their record company gave them free rein to pick the next artist they would produce. The duo were huge Jimmy Webb fans and after some negotiating, the trio entered the studio in July of 1978 to begin work on Webb's seventh album. They hired a crack band of L.A. studio cats, both old and young, and were all set to go when the label asked for Webb's publishing. When he refused to sign the rights away, the record company cut him loose and the project appeared done with. Webb decided not to waste the opportunity and to pay for the sessions himself. The team worked hard at crafting a slick singer/songwriter album, full of Webb's usual high-quality songcraft, biting guitar licks, rollicking pianos, and guest vocals from a wide range of Webb's friends and fans (including Graham Nash, Michael McDonald, Kenny Loggins, and Leah Kunkel). Unfortunately, they couldn't find a label to release it and in the interim many of the record's songs were snapped up by other artists like his old pal Glen Campbell, Art Garfunkel, and Firefall. Mollin and Webb never gave up on the album and finally secured a deal with Lorimar Records in 1980, and after cutting a few new songs with the same batch of players, released Angel Heart in 1982. While it would be nice to say that the record took off and justified the creators' faith in the project, that wasn't the case. Despite the efforts of a highly talented team, a batch of strong songs, and some of Webb's best vocal performances to date, both the record and the label were short-lived. Like many of his albums, Angel Heart's fate was to be a collector's item and thrift store find; something warm and sweet for fans of late-'70s soft rock to discover. 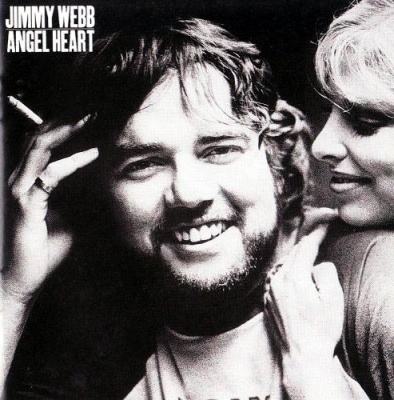