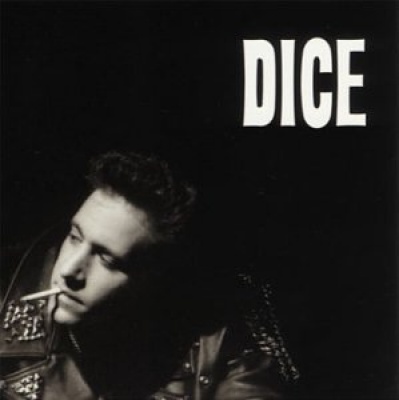 For a few years, starting in 1989, comedian Andrew Dice Clay was one of the biggest stars around. He was packing arenas on tour, and few standup comics have ever reached that level of fame. But just as quickly as his star rose, it burned out after a controversial appearance on Saturday Night Live and the box-office failure of 1990's The Adventures of Ford Fairlane (although it has become something of a cult film). He was so big that an entire episode of the sitcom Night Court was built around the criticism of a character blatantly based on him. Clay's real name is Andrew Clay Silverstein, and he had small supporting TV and movie roles before his standup career took off. His "character" -- alternately known as just "Dice" or "the Diceman" -- is a leather-clad, chain-smoking, macho Brooklyn jerk spewing misogynistic, racist, and homophobic rants. It's all captured on his gold-selling live 1989 debut album, Andrew Dice Clay (also known as Dice. The thing is, Clay doesn't really do "jokes" per se. So, is he actually funny? Yes and no. He's wildly uneven. Whether his schtick mocks or emboldens white men who really hold these views is up for debate. The persona is the joke, although he does land some solid punches in his routine when he focuses. His most famous and funny bit, "Mother Goose," is a string of X-rated versions of nursery rhymes. "Doctors and Nurses" tackles the indignities of a medical exam. "The Golden Age of Television" includes jabs at The Beverly Hillbillies and I Dream of Jeannie. Sex is a major theme throughout, of course, and "Couples in Love," "The Bait," and "Hoggin'" generate guilty laughs while guaranteeing he'll never be the guest of honor at a National Organization for Women dinner. Looking back, Clay's rise and fall mirrored the culture -- the end of the freewheeling, do-everything-to-excess 1980s and the beginning of the woe-is-me-I'm-gonna-stare-at-my-shoes-and-mope, politically correct 1990s. He continued his TV and movie work and relaunched his standup career with a fraction of his past success. Andrew Dice Clay seems destined to remain his mainstream peak.