And Then Life Was Beautiful Review

The title and first song of Nao's third album are a bit of a fakeout. And Then Life Was Beautiful opens with the singer in a beatific state, relieved at having weathered a turbulent 2020 that forced her to take stock. Nao's outlook and radiant vocals are perfectly matched, seemingly irrepressible. While shining and untroubled moments also occur later, And Then Life Was Beautiful more often confronts a failing relationship and reckons with personal shortcomings. Nao tries to repair lines of communication, loses sense of herself, ultimately severs ties with a lover, and also extends contrition and support to a friend she neglected. Two particularly fine breakup ballads of opposing makeup are in the mix. "Glad That You're Gone" is the breezy sound of a delighted Nao shedding a lover like it isn't anything; "Good Luck," riding on a rhythm that grips a little tighter as it repeatedly uncoils and recoils, has Nao and harmonious duet partner Lucky Daye exchanging embittered if coolheaded shots like true equals. There is even less funk to this album than on Nao's second LP. The generally softer and sweeter backdrops, which lean toward modern adult contemporary R&B and at times are plain, allow Nao to do more with her voice, a lithe soprano that glides, swoops, and flutters without strain. The rare uptempo songs -- a romantic Afrobeats escapade with Adekunle Gold, and a tropical carpe diem jaunt -- are substantial, not here merely for the sake of variety. In the midtempo range is another standout deviation, "Woman," a celebration of sisterhood that peaks when Nao answers the featured Lianne La Havas with "Take my mirror out the bag and fill it with confidence." Once Nao enters on the finale "Amazing Grace," an ethereal original that shares some lyrics with the popular hymn and delivers another message of salvation, it becomes more clear why the title song, an ideal closer in just about any other context, starts the album. 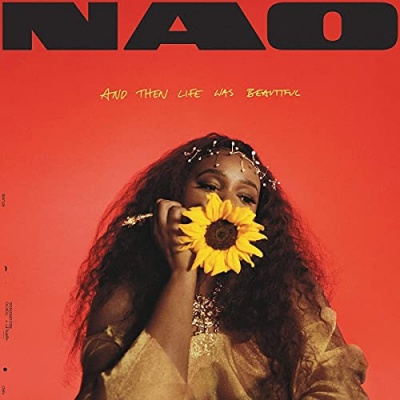 And Then Life Was Beautiful Album Information