An Evening with the Allman Brothers Band: 2nd Set Review

The Allman Brothers Band's fifth live release in 25 years, cut during 1994 in Raleigh, NC, and at the Garden State Arts Center in New Jersey, is a high-water mark in their Epic Records catalog. If anything, they're even better here than they were on the earlier Evening with the Allman Brothers Band, the old material getting fresh new approaches -- the band was on for both nights, and presented sets, including an acoustic version of "In Memory of Elizabeth Reed" and "Jessica" (which won a Grammy Award), that soared and flowed, especially Dickey Betts and Warren Haynes' guitars. What's more, the clarity of the recording and the volume at which it was recorded make this a most rewarding 70 minutes of live music on a purely technical level -- you can practically hear the action on the guitars during the acoustic set. It won't replace Live at Fillmore East or the live portions of Eat a Peach, but it deserves a place on the shelf not very far from them. 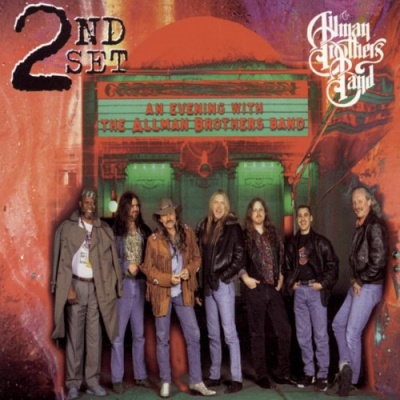