Amor y Suerte: Exitos Romanticos rounds up a baker's dozen of Gloria Estefan's most romantic Spanish-language songs, including numerous really great ones. For the most part, this is a collection of previously released songs, and most of them are glossy adult contemporary ballads (perhaps too glossy, at times, for those who favor her dance music); however, Sony Discos has included one new song, "Ay, Ay, Ay Amor," and it closes the collection with bombast, unleashing a tidal wave of extravagant, feverish salsa following its hushed first minute. This new song ends this fine collection in grand fashion, breathing some fire into this otherwise subdued collection of well-mannered love songs and leaving you short of breath. In general, the best songs here are the ones that open the collection: "Con los Años Que Me Quedan," "Como Me Duele Perderte," and "Tu Fotografía." Another highlight is "Hoy" (the Spanish version of "Wrapped," from Unwrapped [2003]), a light yet lively song with a great chorus you'll surely want to sing along to -- whether you're a Spanish speaker or not. This song comes late in the album and sets the stage for "Tengo Que Decirte Algo," which is a duet with José Feliciano, before closing with the aforementioned "Ay, Ay, Ay Amor." Though Amor y Suerte is a compilation, it plays like an album. Each song shares a similarly glossy production -- a very clean, nuanced production style heavy on studio craft, especially overdubbing -- so all the songs sound like they were recorded at the same session by the same personnel. This no doubt helps Amor y Suerte flow from beginning to end, as does the unified theme of romance in its many forms. If you already own most of Estefan's Spanish-language albums -- Mi Tierra (1993), Abriendo Puertas (1995), Alma Caribeña (2000) -- you probably won't need to pick up this collection. But if you're a casual fan, either of her music or of Latin pop in general, this might be a good release to pick up. Compiling many of Estefan's best latter-day songs, Amor y Suerte is heavy on highlights and light on filler, making it one of the best listening experiences in her catalog, especially if you favor her more romantic songs sung in Spanish. Moreover, the release comes with a bonus DVD that features four songs: a salsa version of "Hoy" from Sesiones@AOL, the video for "Tu Fotografía," a concert performance of "Por un Beso," and the performance of "Con los Años Que Me Quedan" found on her Live and Unwrapped DVD. 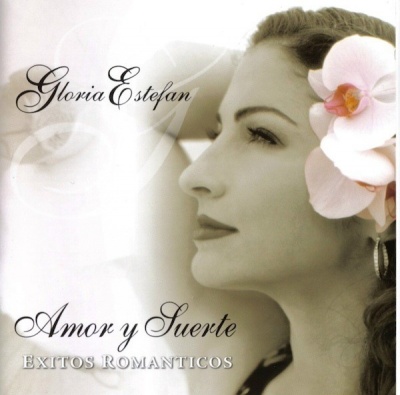