An American Saturday Night is not an unusual topic for a country song, but Brad Paisley's celebration is. Paisley sees a typical weekend night as a cultural collision of French kisses, Italian Ices, Canadian bacon, and margaritas, a place where Mexican and Dutch beers chill side by side in a bucket of ice. If he leans too heavily on labels, referring to those beers by brand name, it's merely a reflection of Paisley's uncanny knack for capturing the casual contemporary details of American life at the tail-end of the 2000s. It's not just the pile up of iPhones and international video chats on "Welcome to the Future," the first country anthem of the Obama era, it's how he'll pick up prescription for his girl and flips macho stereotypes on their head on "The Pants." He's a thoroughly modern man and that attitude helps invigorate his traditional country, a sensibility that's welcome on American Saturday Night, which veers toward the mellow despite its rollicking title track or the breakneck "Catch all the Fish" and the odd burst incongruous gurgling synth. On the whole, American Saturday Night is one of his dreamier albums, filled with swaying slow dances, sweet love tunes, and the occasional brokenhearted blues, all delivered with a worn-in ease. Paisley prevents things from getting too relaxed by juxtaposing his every-guy vocals with spitfire guitar, something that gooses even the sleepiest tempos, just like how he spikes his party tunes with sly humor. He never lets things get too serious or too maudlin, he cracks jokes at himself and his friends, he lets everybody into his Saturday night party, because he knows that what makes an American party -- and what makes America -- is how all the best things wash up on the U.S. shores. 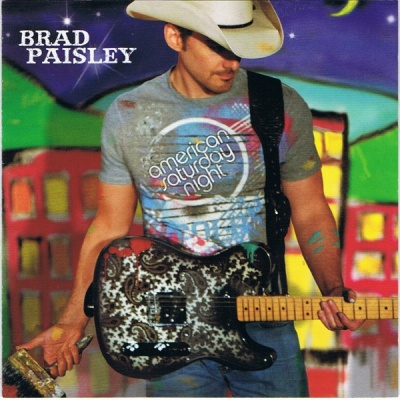