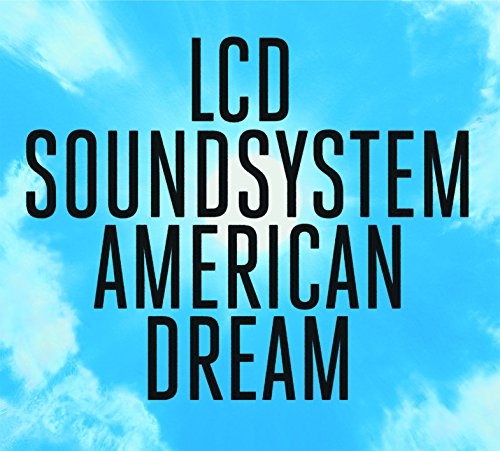 Even though James Murphy shuttered LCD Soundsystem in grand fashion with a sold-out Madison Square Garden show in 2011, it felt unlikely that the band was truly done. Certainly the individual members stayed busy making music, and in Murphy's case DJ'ing and producing. It seemed like a natural step to get back together and make music again, despite any possible embarrassment that may arise from having bowed out so grandly. American Dream is an emotionally charged and tightly wound return, balancing bursts of dance-punk energy with post-punk moodiness and synth pop abstraction, powered by insistent beats and Murphy's distinctive vocals. It's an album made equally for the feet, the brain, and the heart, with moments of melancholy and release, sadness and joy, all delivered with an unsentimental, unpretentious eye and ear.

As on past recordings, Murphy handles the bulk of the instruments himself, though Al Doyle is on hand to provide guitars and keys on many songs and everyone else has some input along the way. There is more focus on the less raucous dancefloor fillers this time out, though there are still plenty of wall-rattling tracks that sound like they are made out of sweat and smoke, namely the bubbling Talking Heads-inspired "other voices" and the hooky, immediate "tonite." The balance is tipped a little in favor of songs that show restraint and graceful sadness. Album opener "oh baby" sets the tone somewhere close to despair with its funereal tempo, thick slabs of synth bass, and glimmering melody. Other examples of the band's darker side are the moody synth goth ballad "i used to," the darkly insistent "how do you sleep?" (which features almost full band participation), and "black screen," Murphy's heartbreaking tribute to David Bowie that's also an indictment of his own failure to connect. (There's also a sweet tribute to another fallen hero, Alan Vega, on the title track, an appropriately doo wop-inspired rocker.) There's also more '80s post-punk in the mix this time, as "call the police" sounds like a violent Psychedelic Furs and "emotional haircut" aims for the jugular and hits it dead-on. It's a thrilling, rampaging rocker with fiery guitars, furious drumming, and a sound that leaps out of the speakers like an angry version of "Drunk Girls."

No matter the style or mood of the songs, Murphy's vocals are the main attraction, delivering snaky asides, heartfelt emotion, and insistent chatter in his trademark fashion. The years off haven't quite mellowed him or made him a crooner; he still mixes the tart with the bittersweet like a master chef. The years haven't made LCD Soundsystem any less relevant or important, either. The times still require a great rock band (with synths) that can tap into the anxieties of modern life while also dancing the night away. American Dream isn't just a triumphant comeback, it's another great album by a great band.