Following three Latin pop albums that established Kalimba as one of Mexico's most intriguing newcomers, the singer/actor's recording career took an unfortunate turn toward the bizarre with the big-band effort Amar y Querer: Homenaje a las Grandes Canciones. Comprised of standards like "Luces de Nueva York," "Amor Eterno," and "El Ultimo Beso," Amar y Querer is a live album that showcases Kalimba as not only a vocalist but also as an entertainer. Alas, he's ill-suited for big-band music, and the in-concert setting doesn't help either. As multi-talented as he may be, Kalimba can't pull off this album, not by a long shot. Amar y Querer is not just bad, far exceeding his range as a vocalist; it's downright bizarre. Why big band of all styles? After all, Kalimba was only 27 years old at the time of this album's release and had gotten his start in the Timbiriche-like teen pop group OV 7. Moreover, he was doing well as a Latin pop singer, with all three of his albums to date, Aerosoul (2004), NegroKlaro (2006), and Mi Otro Yo (2008), attaining some degree of success. Indeed, a big-band effort is about the last thing one expected from Kalimba at this point in his career. It was his experience on the reality television show El Show de los Sueños, where he sang a version of "A Mi Manera" (i.e., a Spanish-language adaptation of the Frank Sinatra favorite "My Way"), that reportedly inspired him to pursue this musical direction. Sure enough, "A Mi Manera" is part of Amar y Querer's finale. While devotees of Kalimba the celebrity are sure to be entertained by his showmanship on Amar y Querer, the DVD edition in particular, there is little to nothing worthwhile here for Latin pop fans. 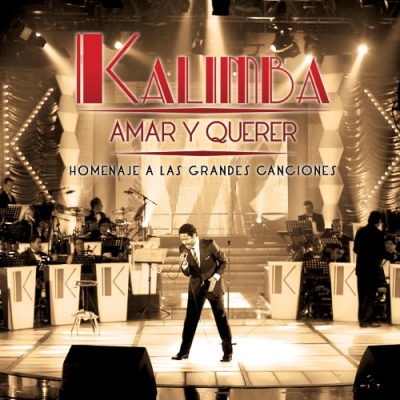