Chris Young is a smart guy, smart enough to know which way the country winds are blowing in 2013. Positioned as a bit of a traditionalist ever since he won Nashville Star in 2005, Young now makes a modern move with 2013's A.M., brightening up his sound by leaning on cheerful, chipper pop hooks and a production so gleaming it shows his reflection; he has even chosen to smile on his album cover for the first time ever. Certainly, it's hard to shake the impression that Young has been rocked by the success of Luke Bryan, whose amiable bro-next-door party-hearty persona permeates every part of A.M. that isn't devoted to ballads. Those slow, sometimes melodramatic songs remain Young's specialty and although they're often somewhat glossier here than they've been before -- there's a greater emphasis on echoing guitars, the kind that can fill an arena -- they feel like they belong to an older, different artist than the one that's showcased on the rest of A.M., an album so steeped in modern vernacular that one of the centerpieces is a song called "Text Me Texas" (which, ironically enough, is perhaps the purest bit of country here). Such a radical shift in sensibility has been enough to derail careers, but at his core Young is a people pleaser so his new set of threads suits him well. His baritone lends heft to the rowdy party "Aw Naw," yet it's supple enough to sound sunny on "Hold You to It" or "Nothin' But the Cooler Left," a breezy ode to day-drinking. Young always seemed a shade too earnest on his earlier records so this unabashed embrace of country-pop -- one that wasn't necessarily pushed on him, based on the six co-writes he has here, almost all of them among the poppier material -- is at first a little startling but it winds up being the right direction for an artist whose greatest asset has always been his inherent likeability. 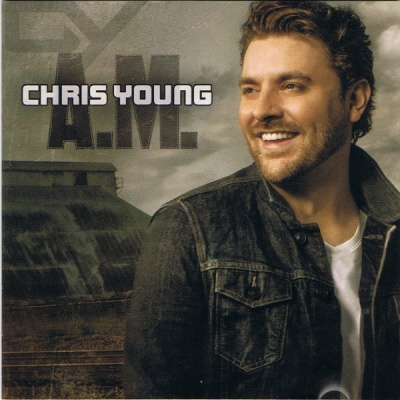