Rodgers & Hammerstein were coming off the twin successes of Oklahoma! (1943) and Carousel (1945) when they produced this, their third Broadway musical. Not surprisingly, the pre-opening box office was record-breaking, but that was all that kept the show going for 315 performances that disappointed audiences. Today, it is remembered for experimental effects that eventually made their way into later musicals, but this cast album (10 songs originally issued as a five-disc 78 r.p.m. set, now a short CD) indicates that it wasn't one of R&H's better scores. Only Lisa Kirk's showstopper "The Gentleman Is A Dope" is really worthwhile. 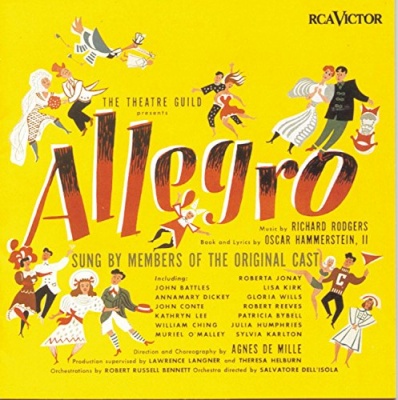