All That I Am Review

The third time around is not a charm for Carlos Santana, who delivers his third straight star-studded, middle-of-the-road pop album in a row with 2005's All That I Am. Like 2002's Shaman, this follows the blueprint that producer/record mogul Clive Davis laid down on 1999's Supernatural, which means that apart from a cut or two, Santana functions as a supporting musician to a parade of guest stars singing pop songs on his own album. On Supernatural this worked not just because it was a relatively fresh concept that revitalized Santana, but because the guest stars were well chosen and the material was sharp, commercial, and memorable. Shaman was more uneven but it did have one great single in "The Game of Love," a song penned by professional songwriters and sung by Michelle Branch -- it didn't sound much like Santana, but it did make for excellent listening on adult contemporary radio. Here, Santana and Davis try to make lightning strike again, having Branch sing the "Game of Love" sound-alike "I'm Feeling You," which she also had a hand in writing. It's not bad, but it sounds like a third-generation photocopy, which is the problem with All That I Am in general: all the ideas and sounds are familiar, but not executed nearly as well as they were the first two times around. The stars don't shine as bright -- the biggest names here are Mary J. Blige, Big Boi, Aerosmith's Steven Tyler, and the ubiquitous and obsequious will.i.am from the Black Eyed Peas, all artists who never seem to turn down a chance to provide a cameo -- and the production is clean and safe, while the songs are professional, predictable, and pedestrian. Since none of the songs are bad and since the guest spots are neither embarrassing nor flashy, All That I Am never offends, but it never entertains, either: it simply exists. Sure, Santana has some nice playing scattered throughout the album -- his signature, rich, super-saturated tone is certainly the most commanding, memorable thing here -- but he never sounds engaged with the songs, he sounds simply like he's running wild over bright, sunny changes. Even with these nice moments, All That I Am, like Supernatural and Shaman before it, is a deliberate pop album, which means Santana is in the background on his own record -- but the crucial difference with this album is that, unlike its two predecessors, it's not a good pop album, it's a bland, friendly affair that disappears into the ether the moment it's finishing playing. 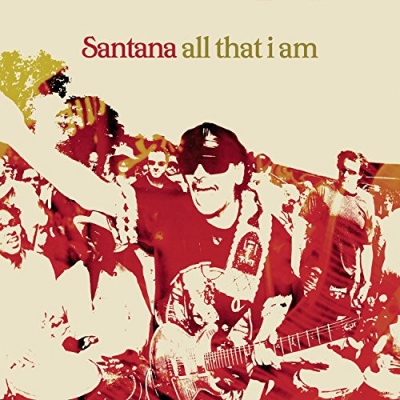 All That I Am Album Information