As these budget compilations go, musically this isn't a bad one, though it is sloppy and poorly packaged. There are ten classic Bobby Bare cuts here, including his versions of Mel Tillis' "Detroit City," Shel Silverstein's "Marie Laveau," and Steve Young's "Just to Satisfy You." In addition, there are Bare's now-signature reads of "Streets of Baltimore," "Four Strong Winds," and "Miller's Cave." They included "Delia's Gone," though it no longer belongs to him, but to Johnny Cash, as well as "500 Miles Home," and another pair. What becomes immediately apparent is that Bare is the one singer who is able to walk the line between country and folk music without tipping to either side -- even more so than Waylon Jennings did in the early 1960s -- and that his delivery is unlike any other vocalist's before or since. The problem here is that given the budget nature of this comp, none of these tracks have been remastered, the package sucks, none of the Columbia material is here, and there is no extra information given. But for the price, it's a cool little set of Bare tunes recorded for RCA.. 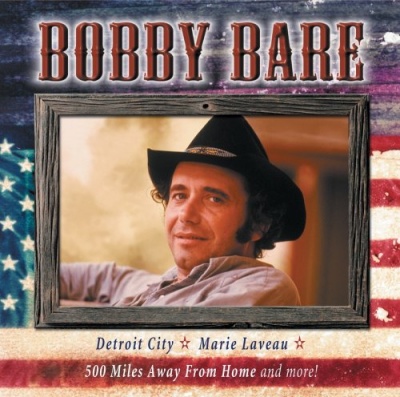