by Donald A. Guarisco

After the relative success of his debut, it would have been very easy for Ian Hunter to continue in the glam-inspired vein that made that album so successful. Instead, he twisted his sound in a jazz direction for All American Alien Boy, a partially successful attempt to open up his sound from its traditional rock & roll routes. Since Hunter couldn't utilize the producing and arranging skills of longtime cohort Mick Ronson because of a dispute with Ronson's manager, Hunter took the reins himself and invited a diverse cast of session musicians that included everyone from journeyman drummer Aynsley Dunbar to jazz bass wizard Jaco Pastorius. The resulting album mixture of conventional Mott the Hoople-style rock and sonic experiments never truly gels, but does contain some fine tracks. The experiments are hit and miss: the title track is a funky, sax-flavored exploration of Hunter's adjustment to life in America that works nicely, but the interesting lyrics of "Apathy 83" get buried in an uncharacteristically bland soft rock arrangement. The songs that work best are the more traditional-sounding numbers: "Irene Wilde" is a delicately crafted autobiographical ballad about the rejection that made Hunter decide to "be somebody, someday," and "God - Take 1" is a stirring, Dylan-styled rocker featuring witty lyrics that illustrate a conversation with a weary and down-to-earth version of God. However, the true gem of the album is "You Nearly Did Me In," an elegant and emotional ballad about the emptiness that follows a romantic breakup. It also notable for the stirring backing vocals from guest stars Queen on its chorus. In the end, All-American Alien Boy lacks the consistency to fully succeed as an album but still offers enough stellar moments to make it worthwhile for Ian Hunter's fans. 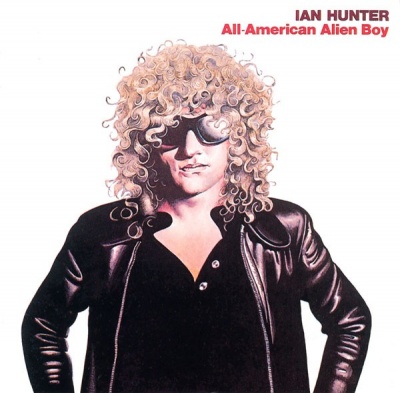