Recorded at the last stop on their 2002 tour, Alive in Seattle documents an impeccable performance and production, mixed for surround-sound playback on both regular and Super Audio CD formats. A warm artist/audience vibe permeates this set; it's easy to imagine families sprawled out on an amphitheater lawn, taking in the music on an early summer evening. All that's missing is any sense of urgency. The musicians hit every note flawlessly -- too flawlessly, perhaps. Ann Wilson hints at the problem in the album notes, where she describes bandmember Ben Smith's transformation from "studio cat to being a real rock & roll drummer." In fact, some element of "studio cat" dispassion colors these performances; even the sisterly banter between tracks seems forced, if not, in their spoken prelude to "Magic Man," slightly condescending. Ultimately it's Ann Wilson who brings each track home, with a vocal delivery that never lacks soul. On their cover of "Black Dog" she even challenges Robert Plant's original rendition, more than holding her own on high notes, power, and drama. On balance, that's enough to recommend Alive in Seattle, lack of warts and all. 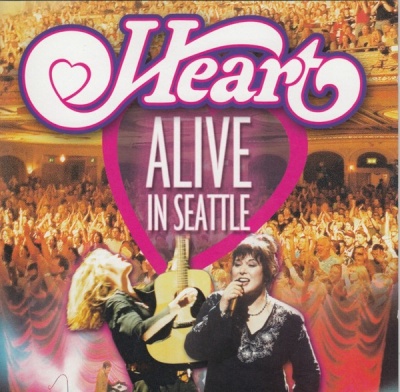