The planned March 2020 release date of Alicia Keys' seventh studio album fell between the 62nd Annual Grammy Awards, hosted by Keys -- who also performed her new single, the strum-and-clap pop anthem "Underdog" -- and the publish date of her memoir More Myself: A Journey. In light of the COVID-19 pandemic, the LP was pushed back to May, and ultimately to September, synchronized with Keys' appearances at the 2020 NFL kickoff concert and the iHeart Radio Music Festival. The previous iHeart event was where Keys first performed its lead single, the warm Miguel duet "Show Me Love" -- probably the first song to use the "deer in the headlights" idiom to describe a lustful embrace rather than, say, accidental instant death -- so the album's setup lasted a full year. Five other songs from Alicia were issued during this time. That they account for most of the highlights makes the album's arrival somewhat anticlimactic. "Time Machine," built on a sliding groove with what Alexander O'Neal would call nasty bass, is one of Keys' funkiest and spaciest songs, unlike anything else she has recorded, with some clever likeness to Solange's "Cranes in the Sky." Keys and Khalid make an ideal pair on "So Done," another soft, intimate love ballad. Also released earlier were the album's two closing songs, a mother's anguished response to the murder of her son, and an empathic offering of gratitude and consolation for those who take care of one another. They're the most affecting moments here. The previously unheard material similarly mixes expressions of togetherness and positive self-reflection, as well as conflicted and contented intimacy. It's just as wavering in quality, from "3 Hour Drive," a pulsing Sampha collaboration, to "Me x 7," which would be a damp squib without Tierra Whack. Even with the R&B-leaning roster of guests -- Jill Scott and Snoh Aalegra are also on board -- Alicia is Keys' most moderate work, seemingly hedged with an objective to appeal to as many listeners as possible. There's at least no doubting the artist's intent to heal and uplift, and she puts it across with some of her most nuanced vocals. 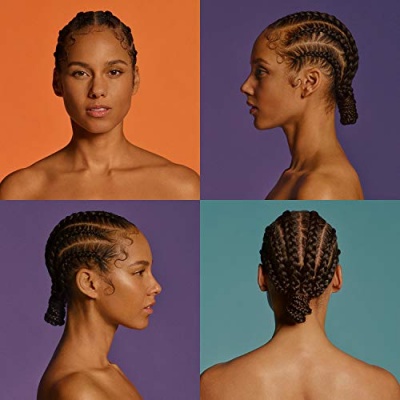