After enduring ten years of busted label deals and other forms of neglect, Anthony Hamilton finally caught a break. Though 2003's Comin' from Where I'm From only threatened to crack the Top 30, it became a steady seller on the back of the slow and lean "Charlene" -- a risky pick for a single since it sounded nothing like "Yeah!," "Lean Back," or any of the ballads that were getting rotation on R&B stations at the time -- and eventually went platinum. A disc of previously unreleased recordings, Soulife, debuted near the Top Ten in mid-2005 and made it clear that Hamilton had become a major artist with a hungry following to prove it. Ain't Nobody Worryin' will enhance his rep. Had "Charlene" flopped, the album might've come out a little different -- perhaps a little more pop, with a couple guest MCs and some bouncier beats -- but it's even more organic and individualistic than its predecessor. It's also more poignant. Despite what it looks like, the sentiment in the album's title and song of the same name is a world apart from Bobby McFerrin's carefree "Don't Worry, Be Happy": as Hamilton lays it out, people are either too resigned to their problems or too caught up in them to worry. This seriousness transfers to "Preacher's Daughter," a criticism of preachers who are too occupied to take care of their own, as well as the opening "Where Did It All Go Wrong," a breakup song that's as stunned (and nearly as stunning) as Bill Withers' "Hope She'll Be Happier." There's also "Never Love Again," the kind of heartbroken ballad that's potent and sweet enough to sadden someone who's in a completely different situation. But all of this only covers one third of a well-rounded album that's as generous in its expressions of optimism, faith, and lasting love. With spiritual songs both personal ("Pass Me Over") and universal ("Everybody," simultaneously a convincing reggae jam), Hamilton extends his reach with confidence, and easygoing songs like "Southern Stuff," "Sista Big Bones," "The Truth," and "Change Your World" give the album more depth. Studio do-it-all Mark Batson is a regular presence again, while Dre & Vidal, James Poyser, Raphael Saadiq, Ahmir Thompson, and Kevin Wooten help out in smaller capacities, giving Hamilton more modernized '70s-soul backdrops that ideally complement the singer's ruggedly smooth voice. Regardless of the decade you're living in, this is an album to live with. 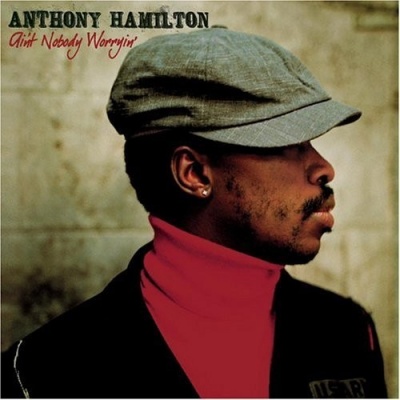