After the Storm Review

If the gap between Monica's first and second albums wasn't long enough, After the Storm followed nearly five years after its predecessor. That's an extended period of inactivity by anyone's standards, let alone a still-young performer whose first two albums went multi-platinum. Despite that often problematic issue, After the Storm picks up where The Boy Is Mine left off with nary a speed bump. Rather than come across as if there's lost time being made up, the album has all the assuredness and smart developments that should keep Monica's younger longtime followers behind her -- all the while holding the ability to appeal to a wider spectrum of R&B and hip-hop fans. The batch of Missy Elliott-produced songs -- "Get It Off," "So Gone," "Knock Knock" -- provide a bulk of the most exciting material, with just the right amount of swagger added to the singer's more wide-eyed personality of the '90s. Another promising aspect is that Monica did a fair amount of the composing herself; while not every tune is solid, "I Wrote This Song" can go toe to toe with any of the hits she's had written for her. The only significant factor working against her is that snail's-pace release schedule. 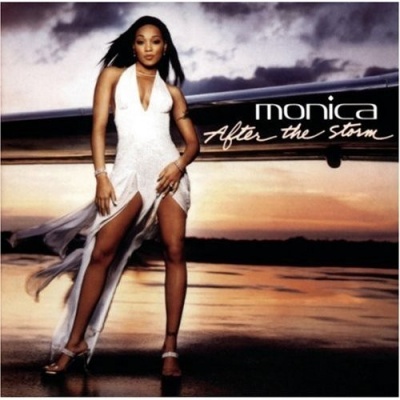 After the Storm Album Information