After the Lovin' Review

After over ten years with London Records, the crooner Humperdinck made the switch to the more influential Epic Records. While Humperdinck's track record was certain with hits like "I'm A Better Man" and "Release Me," by the early 70's Humperdinck was receding from the charts. This 1976 effort changed all of that and was an impressive debut for his new label. The title track, a surprise hit from early 1976, slightly updated his style with a classy though middle of the road ballad. "Let's Remember The Good Times" isn't a wistful ballad but a hyper disco styled exercise. The biggest surprise of After The Lovin' is the origin and sound of some of its tracks. "This Is What You Mean To Me" and "World Without Music" were produced and written by Philadelphia producer Bobby Eli and were recorded at the legendary Sigma Sound Studios. Although Philippe Wynne had nothing to worry about the tracks put Humperdinck to the test and he delivered thoughtful and soulful vocals. Despite the big hit and the change of recording venues, After The Lovin's best track is an emotional, multi-layered ballad. Neil Sedaka and Howard Greenfield's "The Hungry Years" has the plaintive lyrics and melody a perfect match for Humperdinck's phrasing as he seemed to enjoy singing it. After The Lovin' marked a new chapter and label for Humperdinck and he responded with his biggest hit and batch of strong performances. 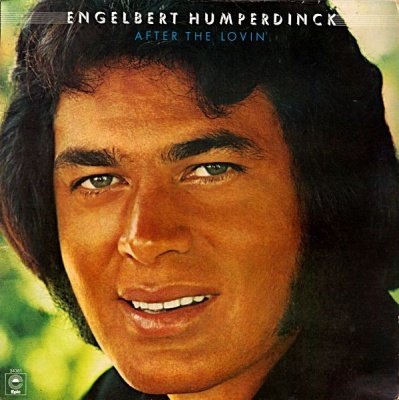 After the Lovin' Album Information