Released in conjunction with "Africa Remix: Contemporary Art of a Continent", the biggest exhibition of African art ever seen in Europe and the U.S., this isn't an album of remixes. In other words, the title's a little confusing. It uses remixes as part of the creative process,to bring something new out of tradition (only one cut, "Djorolen," is really a remix); most of the cuts here have been released elsewhere, although finding their original albums would be easy for most people. There are a good number of well-known names, like Mory Kanté in an acoustic mood on the glorious "Mama," and Youssou N'Dour from a Senegalese cassette release, with the excellent "Plus Fort." N'Dour also teams up with Cuba's Ibrahim Ferrer and Orchestra Baobab for the gloriously spontaneous "Hommage a Tonton Ferrer." The entire continent is well covered, no small feat on a single disc. Some of the album's best moments come from the least known artists, like the riotous Konono No. 1, whose electrified thumb pianos play a raw, almost garagey "bush rock" that is utterly wild and exhilarating, or the South African kwaito of Thandiswa Mazwai, and the return of Mozambique's premier outfit, Ghorwane, after several years of silence. It's a diverse album musically, but connected by a love of Africa and local traditions. Not a remix in he accepted sense, perhaps, but a wonderful compilation nonetheless. 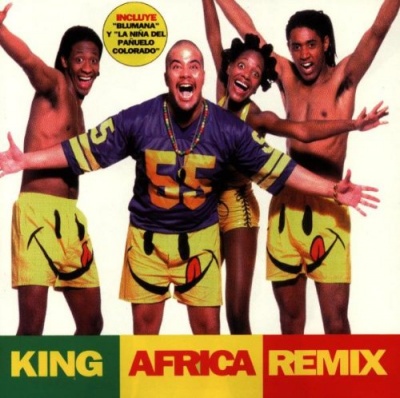