Since the release of his 2004 debut Amen (So Be It), upon which he was essentially given a free license to do whatever the hell he wanted, Dubliner Paddy Casey has shied away from the folk/soul/hip-hop experiments of old and moulded himself into one of Ireland's most polished pop performers. While the loss of the rawness which accompanied his early material is regrettable, his two subsequent albums have been no less eclectic and ambitious in scope. Addicted to Company, Pt. 1 is the follow-up to the 12-times platinum Living and does little to tamper with the former's winning formula. Lead single "Addicted to Company" evokes Elvis Presley's Elvis in Memphis by way of a tasteful Burt Bacharach-like jazzy arrangement, but elsewhere Casey's approach is far from restrained, as in the bloated arrangements of "Tonight," "Sound Barrier," and the tribal beat-assisted smooth soul number "Become Apart." At its best, however, Addicted to Company is thoughtful and engaging as well as catchy: "U & I" concisely articulates the post-9/11 culture of paranoia with the words "these walls they've built to keep us well/they feel just like a prison cell." "The City" boasts a T. Rex stomp by way of a funky wind section, and outcasts' anthem "Refugee" harks back successfully to the protest yearnings of "Sweet Suburban Sky," Casey's most accomplished effort to date. Too rarely does Addicted to Company produce these moments of insight, however, and what a shame it is. 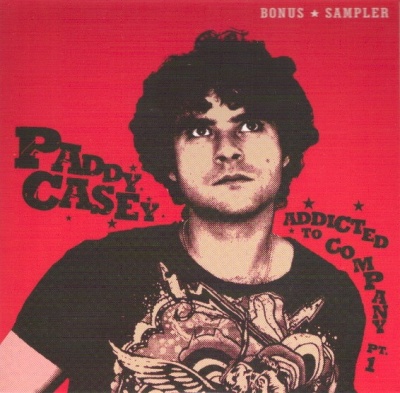