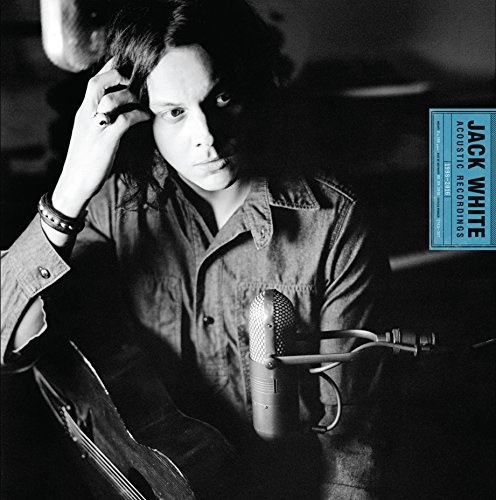 Natural-born archivist that he is, it is no surprise that Jack White would eventually choose to curate his own career. Acoustic Recordings 1998-2016 is his first attempt at offering an alternative narrative of his own career, one that places his quieter side as the connecting thread running from the White Stripes through the Raconteurs to his solo work. It's a tactic that diminishes some of the conventional notions about White, particularly that most of his music is grounded in the blues. Despite Greil Marcus' mention of blues icon Son House in the liner notes, most of the music on Acoustic Recordings 1998-2016 bears stronger ties to country and folk, even British Invasion pop; the latter is evident not only on the singsong whimsy of "We're Going to Be Friends" but the cinematic melancholy of "Forever for Her (Is Over for Me)." Neither version here is heard in an alternate version, underscoring how this spin on White's work isn't revisionist, it highlights what was already there, yet there are rarities scattered throughout the collection: remixes of the early Stripes tracks "Apple Blossom" and "I'm Bound to Pack It Up," alternate acoustic mixes of solo material from the 2010s, bluegrass versions of "Top Yourself" and "Carolina Drama," a song from the Raconteurs. What first grabs the attention are assorted White Stripes rarities -- the wry, funny Beck-produced B-side "Honey, We Can't Afford to Look This Cheap," the recently completed outtake "City Lights" -- and a stripped-down revision of "Love Is the Truth," a song White wrote for Coca-Cola in 2006, but what impresses is the consistency. Acoustic Recordings 1998-2016 not only is a strong set of songs but it makes it plain that White has been mining the same territory, finding something new within it for nearly two decades.