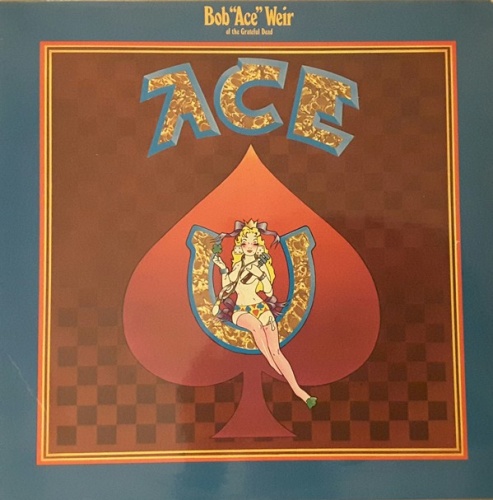 As a "bonus" for re-signing another three-album deal with Warner Brothers Records in the early '70s, members of the Grateful Dead were given the opportunity to cut solo albums. Jerry Garcia (Garcia), Mickey Hart (Rolling Thunder), and Bob Weir (Ace) took advantage of the offer -- although it could easily be argued that Weir's disc was in reality the next Grateful Dead album simply featuring the rhythm guitarist's co-compositions and lead vocals throughout. In essence, Ace became the follow-up to the double-live LP Grateful Dead [1971] (aka "Skull and Roses"), which included a live and somewhat non-descript rendition of "Playing in the Band." Ironically, on this studio release the Grateful Dead stretch out during the seven-plus-minute version -- which is considered to be one of their most inspired improvisational interactions away from the concert stage. Likewise, practically every track -- with the exception of the painfully optimistic "Walk in the Sunshine" -- became an integral component of the Grateful Dead's performance repertoire for their remaining 20-plus years as an actively touring band. Much of Ace is flavored with the same country-rock textures that informed the Dead's previous two studio recordings, American Beauty and Workingman's Dead. The addition of keyboardist Keith Godchaux -- whose style on this album rivals that of Jerry Lee Lewis -- gives songs such as "Greatest Story Ever Told" and "One More Saturday Night" an aggressive bite which is conspicuous in its absence from the Grateful Dead's previous studio outings. On the whole, Ace is thoroughly enjoyable for devout Deadheads as well as less-fanatical enthusiasts. Other standout tracks include the lilting lullaby "Cassidy," Snooky Flowers' driving horn arrangement on "One More Saturday Night," and Garcia's lazy, laid-back pedal steel guitar work on "Looks Like Rain."