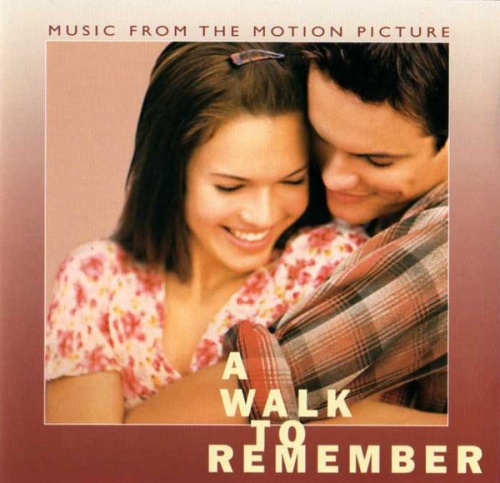 Having the disadvantage of being the third girl in the door of the late-'90s teen pop diva competition, Mandy Moore has had to take a slightly different approach to her career from the paths pursued by her predecessors, Britney Spears and Christina Aguilera. With radio programmers complaining of a glut of singing bellybuttons, she has moved on several fronts simultaneously, not only turning out the usual dance-pop pap, but also branching out to a VJ stint on MTV and quickly moving into the movies. In 2001, she made her film debut in a supporting role in The Princess Diaries and followed with Bubble Boy. But A Walk to Remember, in which she plays a minister's daughter who falls for a bad boy, is her first starring vehicle. Naturally, its soundtrack album is anchored by her recordings, and though Epic Records may not have planned it that way originally, the release of "Cry" as the first single indicates the label is using the soundtrack to try to reawaken interest in Moore's self-titled 2001 album, a commercial disappointment, on which it appeared originally. Certainly, the singer is trying to distance herself from her competitors on a track like this, which shows her tackling a ballad in a surprisingly thoughtful and mature way. You only need to contrast her approach with that of Rachael Lampa, who throws in all the tired vocal tricks without an ounce of real feeling on "If You Believe," to see the difference. The rest of the album seems to have been divided largely between the moody rock of Jonathan Foreman and his band Switchfoot and the very busy rock of Gregg Alexander (aka New Radicals), though Toploader's trip-hop arrangement of the old King Harvest hit "Dancing in the Moonlight" is a cute idea.