A Tribute to Tradition Review

There are too many artists here who are matched up with songs beyond their ability or apparent understanding. Certainly the most glaring example of this is Mary Chapin Carpenter's version of Don Gibson's classic hit "Oh Lonesome Me." Another glaring mismatch is the Collin Raye/Joe Diffie cover of the Billy Joe Shaver rebel rouser "Honky Tonk Heroes (Like Me)," the rallying cry of the outlaw country movement during the '70s. However, there are some marvelous moments, and the project, dedicated to Tammy Wynette, should be lauded for donating a portion of the proceeds to the development of a much-needed Country Music Retirement Center. Highlights include the work of Patty Loveless on "Wine, Women and Song" and Trace Adkins doing Lefty Frizzell's "I Never Go Around Mirrors." Just as good are the contributions of the Dixie Chicks, who lead off with Wynette's "Stand by Your Man," and Randy Travis and Alison Krauss singing "The Three Bells." Wade Hayes performs an outstanding version of "She's Actin' Single (I'm Drinkin' Doubles)," a Gary Stewart honky tonk hit from 1975 that shows what Hayes is really made of. The grand finale, an original tune penned by Marty Stuart called "Same Old Train," is a nice ending since living legend Merle Haggard joins Dwight Yoakam, Emmylou Harris, Travis Tritt, Earl Scruggs and others. Touted as a project that pays homage to the founders of traditional country music, it is a nice sentiment. 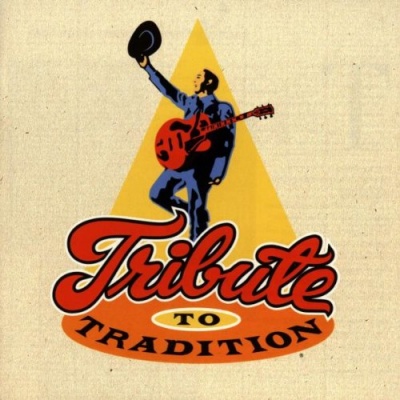 A Tribute to Tradition Album Information