A Touch of Evil: Live Review

Nearly 40 years after their initial formation, Judas Priest were as strong a live force as they had been at their early-'80s peak. Frontman Rob Halford virtually created the archetypal metal look with his studded leather garb, and the band's ultra-clean, technophilic riffing, and fleet dual lead guitars set the standard for power metal on an arena-filling scale. This is the band's fifth live album, following 1979's glorious Unleashed in the East, 1987's disappointing Priest...Live!, and the two they recorded with Tim "Ripper" Owens on vocals, and it's much closer in quality to Unleashed than any of the others. Part of that is no doubt due to the state of the band in the 21st century: Halford's 2004 return lit a fire under the others, and the two studio albums they've released since are among their most satisfying -- and, in the case of 2008's Nostradamus, shockingly ambitious. This disc, recorded on tour in 2005 and 2008, features one song from Angel of Retribution and two from Nostradamus ("Prophecy" and the crushing "Death"), and otherwise concentrates on deep album cuts from the band's copious back catalog. Fans are spared one more run-through of "Breaking the Law" or "Electric Eye," instead getting thunderous versions of "Between the Hammer and the Anvil" from 1990's underrated Painkiller, the powerful "Beyond the Realms of Death" (during which it doesn't seem like anyone in the audience committed suicide) and "Dissident Aggressor," a song so heavy that even the mighty Slayer couldn't do much but speed it up a bit when they covered it for South of Heaven. The band even busts out "Eat Me Alive," their hilariously PMRC-baiting sex anthem from 1984's Defenders of the Faith. This rip-roaring live set proved that Priest were still putting on one of the best shows in metal. 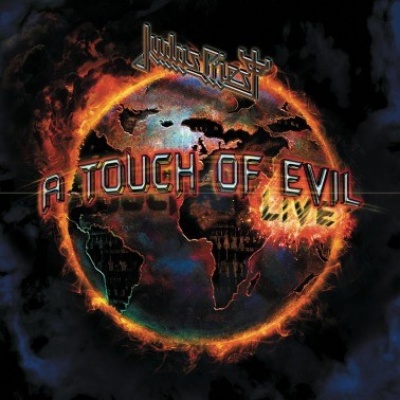