A Study in Frustration/Thesaurus of Classic Jazz Review

This four-LP set, which is now also available as a three-CD box, is easily the definitive Fletcher Henderson package. Between 1923-38, Henderson's orchestra was one of the finest swing bands in the world, and during 1923-27 (until Duke Ellington's emergence) it was the first and the best. The arrangements of Don Redman in the early days set the pace for jazz; Benny Carter and Horace Henderson also wrote some important charts before Henderson himself finally developed into a major arranger in 1932. This Columbia set is not complete, but it includes 64 selections, at least 60 of them gems. This essential box (which contains three wonderful versions of "King Porter Stomp") belongs in everyone's jazz collection. 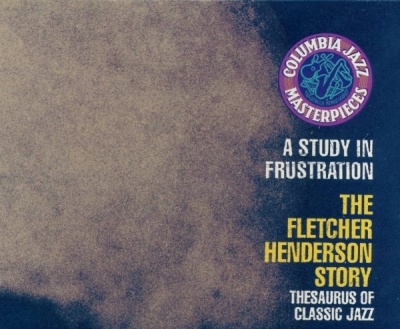 A Study in Frustration/Thesaurus of Classic Jazz Album Information