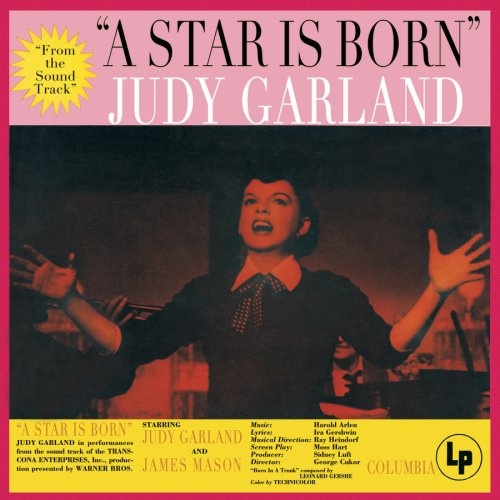 The 1954 remake of A Star Is Born, starring Judy Garland, marked a major cinematic comeback for the actress, her first film since being dropped by MGM in 1950 and a major box-office hit that earned her an Academy Award nomination. The soundtrack album, which, in its initial release, consisted solely of Garland vocal performances (two of them, "Here's What I'm Here For" and "Lose That Long Face," cut from the film shortly after it opened), marked another kind of comeback for her. As with her film career, it was her first recording since 1950's Summer Stock soundtrack to achieve commercial success; it peaked at number four on Billboard's LP chart and never went out of print over the next 50 years, with this expanded version released in 1988 and an even longer one in 2004. In its original version, it consisted of seven tracks, six of them written by Harold Arlen and Ira Gershwin. Five of those are good tunes, but one, the Oscar-nominated torch song "The Man That Got Away," became a standard and a signature song for Garland. The other highlight of the album is the 15-minute "Born in a Trunk" medley, a virtual musical autobiography that seems to refer as much to Garland herself as to the character she plays in the movie. Leonard Gershe and an uncredited Roger Edens (Garland's longtime associate who had written much special material for her in the past and could not be named because he was still under contract at MGM) assembled it and wrote connective material, resulting in a tour de force. This 1988 reissue differs from the original one in three ways. First, it adds a two-minute "Overture"; second, unlike the original, which consisted of the studio prerecordings without any of the added film sound effects, this one does have sound effects and therefore comes closer to what the actual film soundtrack sounded like; and third, unlike every previous release, it is in true stereo.