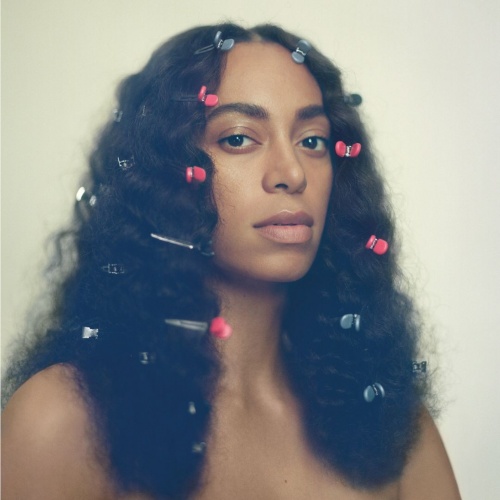 Solange Knowles started writing her third album in New Iberia, Louisiana, a town where her maternal grandparents lived until a Molotov cocktail was thrown into their home. That setting helps explain how A Seat at the Table turned out drastically different from Knowles' previous output. There's no revisitation of beachy retro soul-pop and new wave akin to "Sandcastle Disco" or "Losing You." Nothing has the humor of "Some Things Never Seem to Fucking Work" or the bluntness of "Fuck the Industry." There certainly aren't any love songs in the traditional sense. Instead, surrounded by a collaborative throng that includes Raphael Saadiq, Dave Longstreth, and Adam Bainbridge, Knowles composed and produced alleviating pro-black reflections of frustration and anger. They regard persistent dehumanizing burdens dealt to her and other persons of color in a country where many are hostile to the phrase "Black Lives Matter" and the equality-seeking organization of the same name. Remarkably, tender elegance is the mode for much of the album's duration, as heard in the exquisitely unguarded "Cranes in the Sky" and dimly lit left-of-center pop-R&B hybrids "Don't You Wait" and "Don't Wish Me Well." Those songs crave release and reject character assassination and stasis while hinting at inevitable fallout. Their restrained ornamentation and moderate tempos are perfectly suited for Knowles, an undervalued vocalist who never aims to bring the house down yet fills each note with purposeful emotion. When the rhythms bounce and the melodies brighten, as they do during a short second-half stretch, the material remains rooted in profound grief and mystified irritation. In "Borderline," a chugging machine beat and a lilting piano line form the backdrop of a scene where Knowles and her partner tune out the world for the sake of their sanity. Then, after Nia Andrews and Kelly Rowland's half minute of proud harmonic affirmation, along comes "Junie," a squiggling jam on which André 3000 makes like the track's namesake (Ohio Players and Parliament legend Junie Morrison), where Knowles delivers a sharp metaphorical smackdown of a cultural interloper like it's merely an improvised postscript. All of the guests, from Lil Wayne to Kelela, make necessary appearances. The same goes for Knowles' parents and Master P, who are present in the form of short interludes in which they discuss segregation, self-reliance, cultural theft, and black pride. These segues shrewdly fasten a cathartic yet poised album, one that weighs a ton and levitates.