Reflecting the romantic dramedy A Lot Like Love's span of several years, its soundtrack plays like a time capsule filled with hits from the mid-to-late '90s and early 2000s. Songs like Third Eye Blind's "Semi-Charmed Life" and Smash Mouth's "Walkin' on the Sun" still get plenty of airplay in shopping malls and on the radio, so it's difficult to have nostalgia for them (even if they've held up better than some other singles from that era). However, the Cure's "Mint Car" and Hooverphonic's "Mad About You" are slightly more left-field choices that evoke the era without sounding so predictable. Chicago's "If You Leave Me Now" was probably included for its cheese factor, but it still sounds more distinctive than most of the other music here, particularly the singles from the 2000s; Jet's atypical ballad "Look What You've Done" is the best of a bland bunch. A Lot Like Love is a pleasant-enough soundtrack, but its way of making the recent past sound more interesting than the present is more than a little worrying. 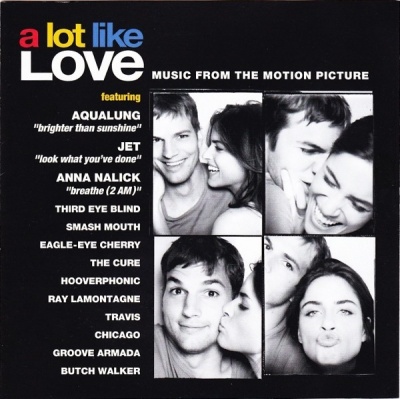 Hanging Out In Love Playful Reflection