Bachman Turner Overdrive. Thin Lizzy. Heart. Just screams 14th century right? Well, they promised a summer blockbuster, not a history lesson. Aside from that, director Brian Helgeland's decision to pair medieval heroics with rock standards from the '70s actually makes a little sense. True, this is a tale of knights, valor, and, of course, love, but it is also a story of teenage rebellion, boys being boys, and, well, love. These are bona fide classics from the era that cornered the market on youthful freedom rock and romance despite what Daddy thinks. The album opens up like walking into a packed stadium (be the sport football or joust), with Queen's bleacher-creature anthem "We Will Rock You." It slides into the funky bassline of War's "Low Rider," and it's all hits from there on out. The collection combines can't-help-but-singalong favorites like "Takin' Care of Business" and "The Boys Are Back in Town" with a couple slightly rarer gems, David Bowie's "Golden Years" and Eric Clapton's blues cover, "Further on up the Road." It closes with two bonus tracks from Dan Powell and Third Eye Blind, which feel like they were literally tacked on to attract the teens likely to make up much of their audience. While they're fine songs, they aren't used in the film and feel out of place here. Fortunately their position at the end keeps them from disrupting the flow of an otherwise well put together soundtrack, which is great for a road trip or storming the castle. 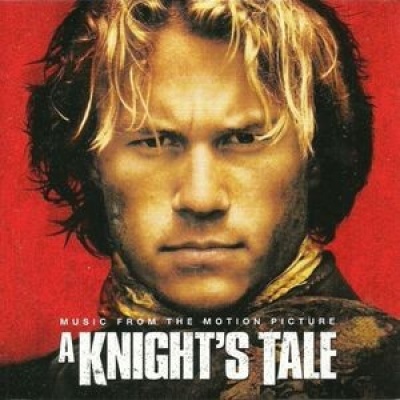